We Survived the End of the World! 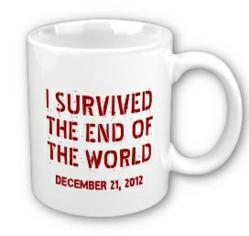 Well, now that 12-21-12 has come and gone and the world is still here…I can start planning my Walt Disney World vacation in March!! Woo hoo!!

Yes! I’m going during our Spring Break again in 2013 and even though I only have about 2 months to plan, I’m not freaking out (that much)! My OCDs are definitely acting up since I’m trying to plan a far less Commando Touring plan than in the past. I want to focus on attractions that me and my boys haven’t done in a while and/or never done at all! The new version of Test Track is open, so is the new Fantasyland Expansion, so there’s that to look forward to as well! Disney is starting their Limited Time Magic in January where, according to the Disney Parks website LimitedTimeMagic.com, “Limited Time Magic will surprise and delight Guests in fanciful and unexpected ways at Walt Disney World Resort and Disneyland Resort. New entertainment and imaginative events will pop up and then disappear—so be sure to take advantage of these opportunities while they last!” So vague….and apparently it will be a one week or so offering of said magic and I think they only release what’s going to happen a week in advance. Hmmmm…. I won’t know until it’s almost trip time what magic is gonna be taking place while we’re there.

In any event, I’m so excited! And since I get a week of paid vacation every 6 months, I can plan on making another trip to Orlando in December 2013 and hopefully get to see it all dolled up for the holidays. I’ve never done any of the Holiday activities at WDW. Ok, maybe I’m freaking out more than I want to admit. I’m pretty sure I feel Disney planning anxiety coming on… I’m off to plan now!